Becoming administrator for Keshet Chaim was a natural undertaking for Genie Benson. She came to the position with a diverse dance background that included Israeli folk dancing. Working with Keshet Chaim enabled her to offer the ensemble wider exposure opportunities as well as connections into the educational community.

DOTA: Why did you join Keshet Chaim as a dancer?

GB: I was involved with recreational folk dancing several nights a week. Eytan was there one of the nights and asked me to come to a Keshet Chaim rehearsal. I told him my performing days were over and I wasn’t interested, as I had two young children. He suggested I just come to one rehearsal and take it as a class. One rehearsal…I was hooked!

DOTA: What type of dancing did you do before you joined Keshet Chaim?

GB: I studied ballet as a child, including performing with a company until age 14. Faced with the decision of going to try out for professional ballet training in the New York City Ballet, I made the choice to stay in school. The company I was performing with locally dissolved and I gave it up completely. I took up cheerleading and modern jazz in high school. I was brought back to dance at the Brandeis Bardin Institute in my college years through Dani Dassa. I spent a summer with him learning Israeli folk dance, which seemed to be a good balance for me between my Judaism and dance. After several years of Israeli dancing several times a week, I completed the circle and returned to performing with Keshet Chaim.

DOTA: When and why did you become administrator for Keshet Chaim?

GB: I began working as administrator for Keshet Chaim about six months after I began dancing. The company began in l983 and I started performing in l988. I couldn’t understand why a company with so much potential was not doing more. It seemed they should be getting support from the community and should be involved in education. I began by making the company a non-profit organization and learning to write grants. This opened many doors.

DOTA: What have you seen are the most significant changes in the group from when you first took over as administrator?

GB: When I started, the company was a performance company that was hired by different organizations to “entertain” at various events. They were traveling to Israel for the first Carmiel festival. By becoming non-profit, we started applying for grants and producing projects for school children. We also began to self-produce annual concerts at the University of Judaism. Our budget as well as our expenses increased to different levels. We also became involved in the local concert dance community. 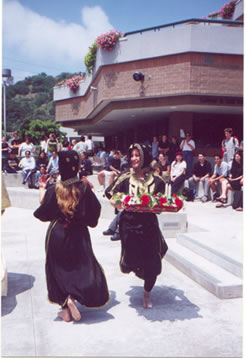 DOTA: How will the “Moving Out of the Box” program lay groundwork for future workshops?

GB: I have always believed in using dance as a tool to educate students and adults about our Jewish heritage, culture and ethnic background. When Ruth Goodman approached me to put on a huge Israeli Festival/workshop in Los Angeles similar to the one she had produced in New York, I told her we needed to take a few steps before we were ready for that. We needed to train more teachers and raise the interest level to incorporate more dance in the Jewish day schools. Once we have teachers and administrators as “champions” in the schools, we can hope to take the next step to have students come to a festival to perform. The first workshop will teach dance on different levels. Future workshops will focus on more specific topics or age levels. 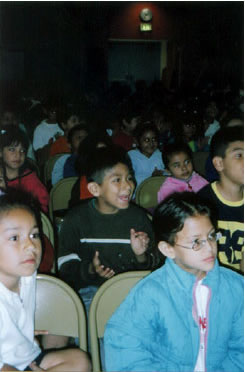 DOTA: What do you hope to achieve by bringing together teachers from diverse communities and introducing them to the presenters and programs of “Moving Out of the Box?”

GB: There are so many children to be taught to dance. We want the whole community of students to be exposed to Israeli dance. Developing a strong network of teachers that are trained in a program that has a level of accountability is important. We all have much to learn from each other. The sharing of teaching approaches will be invaluable. The staff of teachers we have for the first workshop all have exciting techniques and materials to share.

DOTA: What have been some of the obstacles that have arisen? How have you been able to overcome them?

GB: We started by wanting to have a full weekend that was going to be held at Brandeis. Since this is the first workshop we are holding, the attendance was unpredictable and we would have needed to raise quite a bit of money to make it happen. Also, we wanted more people to be able to afford the workshop. It was finally decided to start with a single day, hopefully to eventually go to a full weekend. Fortunately, the Skirball Cultural Center has come on board as a sponsor of the program. It is such a wonderful place to hold our first “Moving Out of the Box”.

DOTA: In what ways will participating teachers be able to share their experiences?

GB: The classes allow time for sharing of methodology and experiences. The teachers are skilled at involving the participants.

DOTA: Which other programs have Keshet Chaim and the Israeli Dance Institute presented as a joint effort?

GB: In the year 2000, Keshet Chaim was hired by the JCC in Houston to present for the community a week of workshops followed by two performances for their annual “Dance Month Program.” I called Ruth Goodman and asked her to join me in Texas for the week of workshops. It was my privilege to work with the “master.” Her skills in working with totally diverse communities were amazing. She motivated me to want to do more. In 2002, Keshet Chaim produced a 10-day program through the Tel Aviv Los Angeles Partnership Committee of the Jewish Federation. We hosted the Inbal Dance Theatre from Israel for a collaborative performance and a week of workshops. We brought Ruth to Los Angeles to teach workshops to over 1,600 students throughout the week. Dancers from Keshet Chaim assisted her and the bond between us grew much stronger. 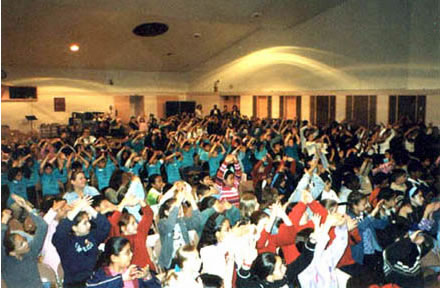 DOTA: What have been the gains from these programs?

GB: Working together has given us the strength to pursue more projects. The realization that we have such similar dreams on either side of the country has developed a bond between us. There is interest from several other communities to have workshops and residencies similar to those presented in Los Angeles and Albany.

DOTA: In what ways can educators and administrators from both the Jewish community and non-Jewish community benefit from participating in the “Moving Out of the Box” program?

GB: “Moving Out of the Box” in its first phase is geared to the Jewish community, discussing Jewish holidays and traditions. The intention is to have similar workshops for the teachers from the Los Angeles Unified School District. These workshops are being planned for the spring of 2006. 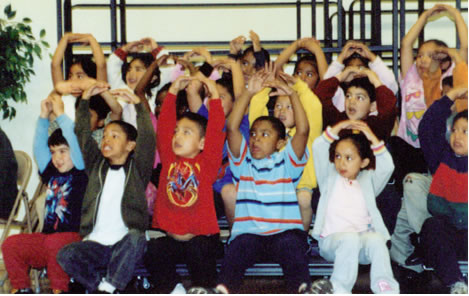 DOTA: What other individuals can benefit and for what purposes ?

GB: It is important for school administrators to attend “Moving Out of the Box” to start to understand the value of dance in the schools. In addition to Day School teachers, MOB is valuable for recreational dance teachers, supplementary school teachers, early childhood teachers, camp counselors, or teens who want to prepare for teaching in different settings.

DOTA: What next step would you like to see evolve from programs like “Moving out of the Box?”

GB: We want to see the Jewish children of Los Angeles all dancing! We would like them to learn to love their heritage and develop a passion for Israel . We would love to have a strong network of dancers and teachers across the country. The next step will be to organize a large annual Israeli dance festival to bring kids from schools together and then for them to be equipped to travel to other dance festivals, nationally and internationally. These festivals exist, and our students should be able to participate